Be a Better Coach

Scott McNeill is Great Britain Hockey's Performance Coach Developer and he's not going to tell you how to become a better coach.

Scott grew up in the sort of Hockey-crazy-family that some of us will recognise. Scott's parents and brother played, coached and managed hockey teams. Scott's Dad Harry managed Ireland's indoor and outdoor sides in the 80s and 90s and Scott was 'that hockey guy' at a predominantly rugby playing school; the kid in class that had the 1988 Gold Medal winning final on VHS cassette.

By his own admission Scott's involvement in hockey has, for a very long time, been 24/7 and 365 days a year and he has always been involved in coaching. Scott's coaching journey began as a club age group coach and has involved working as an Ulster age group assistant coach and being a part of Under 16, 18 and 21 coaching teams with the Ireland National teams. Over ten years ago Scott's professional life started to revolve around the sport he loves when he got his first major job in the sport as a development officer for Ulster Hockey working on talent and coach development.

Scott was appointed by Danny Kerry as Coaching Manager for England Hockey in 2013. In this role, and in his new position as Performance Coach Developer at Great Britain Hockey, the team led by Stuart Guise ripped up the textbook around the formal offer of level 1,2,3 coaching awards in a move towards creating more skilled, rather than simply more qualified coaches. Scott describes this shift and the emergence of an engaging, accessible and ever improving coach development offer as a major success, with the introduction of The Hockey Hub for digital content, The Advanced Coach Programme and a range of courses that include Engaging Games For Children, Coaching For Talent and Integrating Goalkeepers. By all accounts there Is even more to come in 2018.

"In simple terms there is no single path to successful coaching. None of my job is telling people what to do. I am someone who gets people together to reflect and plan​"

So what makes a great coach?

As well as his work across England, Scotland and Wales Scott's role also involves acting as coach developer for part of the central programme at Bisham at the very pinnacle of British (and World) hockey. And his take on what makes a great coach is fascinating.

"In simple terms there is no single path to successful coaching. None of my job is telling people what to do. I am someone who gets people together to reflect and plan. To understand what they do well and how that can be evidenced; it is a collaborative effort to work together towards a higher level of self-awareness in the coach so that each individual can take ownership of their own development and learning.Ofcourse being from a hockey background and having a passion for skill development I have the opportunity to check and challenge coaches on the nuts and bolts of practice design and keeping the 'End in Mind'.Everyday is really exciting to be a very small cog in a much bigger machine that strives to be world leading via systemic success.How can we make best practice common practice?".

"Expert and high performing coaches 'engage' players whatever the level. They find out what brings them back next week and they get people to fall in love with the game. It isn't necessarily the person who can best explain how to set up a half court press."

"Ultimately it's getting kids and adults to play hockey. That's what it's all about. More better happier." 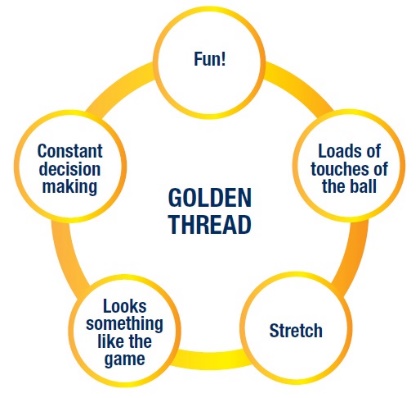 Scott is realistic. Not every coach will be equally passionate about the game, or as time-rich amidst their busy lives. As a coach developer Scott recognises that other things come into play in peoples' lives. That said there is no silver bullet – so improving as a coach is a balancing act and here are some of Scott's ideas;

So what's stopping you? Reflect. Share. Learn and #BeYourBest ​

1. A quote from "What Does This Look Like in the Classroom?", Carl Hendrick and Robin Macpherson

"The Teacher Development Trust has shown that one-off courses are largely a waste of time, and taking a day out of school (at the expense of the CPD budget) adds to planning, marking and creates cover for colleagues. Instead read little and often. It's free, effective and enjoyable."

And, of course at the England Hockey Hockey Hub

Dan Fox is a double Olympian with 164 caps for England and Great Britain. He captained Great Britain in the 2015 World league Finals in Raipur and was awarded The UK Sports Writers’ Player of the Year title in 2016.

No comments made yet. Be the first to submit a comment

By accepting you will be accessing a service provided by a third-party external to https://www.1-2-1hockeycoaching.co.uk/